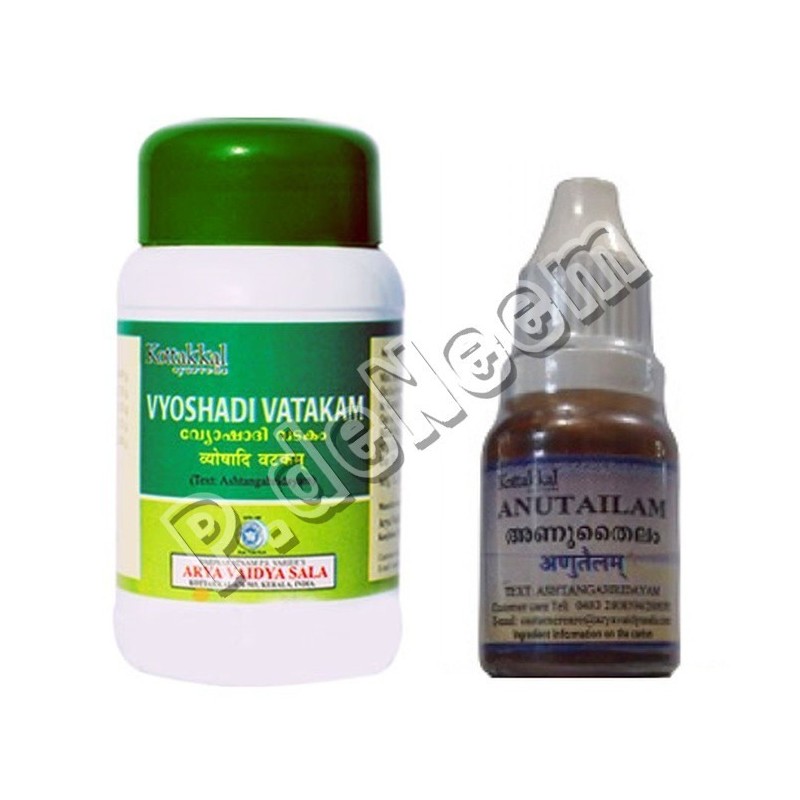 Arya Vaidya Sala, Kottakkal, (AVS) is a charitable organization founded in 1902, dedicated to the practice and progagation of Ayurveda, the ancient science of health of India, based on the application of millenial medicinal herbs. AVS offers classical ayurvedic and authentic ayurvedic treatments and therapies for patients from all over India and abroad. 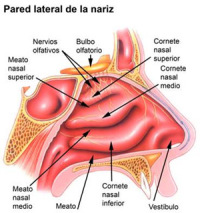 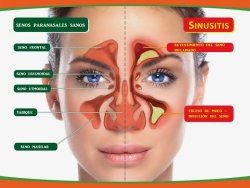 Important: the treatment will be used only for 14 days, long enough for satisfactory results. In fact, you can notice positive effects after a couple of days, mainly nasal congestion and better breathing, both day and night. This is specially important for patients who suffer from sleep apnea due to blockage of nostrils forecongestion or swelling of the turbinates while sleeping. In these cases, the nostrils are no longer blocked/obstructed, which, without apnea, stop suffering the unpleasant sensation of anxiety due to lack of oxygen in the brain. In addition, as you get a cleaning of the airway, night snoring problem will also decrease.

In case of chronic sinusitis, this can be caused by an infection, a growth of paranasal sinuses (nasal polyps) or a deviated nasal septum. This disease usually affects young adults and middle-aged, but it also affects children. Of course, if the disease is due to nasal septum deviation, Ayurvedic medicine will not solve the problem. However, it will help in the cleaning and drying of the paranasal sinuses, which are, on many occasions, filled with mucus permanently, as you can see on the right side of the image, with the continuous sensation of leaking of mucus and nasal congestion.

Except for the cautions indicated in each of the compounds, this treatment based on medicinal plants does not have contraindications, unlike chemical medicines such as decongestant sprays, type Oximetazoline (Vicks Spray Nasal, Respibien, Respir, Utabon, etc), Phenilephrine (Disneumón Pernasal), Tramazoline (Rhinospray), and Xylometazoline (Frenasal); or those anti-inflammatory based on corticosteroids/steroids such as Budesonide (Rhinocort), Fluticasone (Flonase), or Mometasone (Nasonex).

In the case of decongestants, long-term use of nasal vasoconstrictors produces a rebound effect in the nasal mucosa (the medicine itself ends up causing more rhinitis), making mucosa expand more than before, provoking dependence on them to be able to breathe. The main problem is that they are less and less effective, while symptoms are gradually getting worse.

As for steroids, although it is said that their effect is more lasting and they dont´t cause addiction, however, these type of medicines do not act quickly, so they have to be used regularly, and they have a lot of adverse side effects. And the same final problem, you cannot stop using them because the symptoms never get better.

The treatment is based on the use of two naturopathic Ayurvedic medicines together for 14 days. The first one, called Vyoshadi Vatakam, is an eatable powder compound, made from roots and sedes of 13 different plants used in the India since ancient times. The second one, called Anu Tailam, that will be the main element of the treatment, is an oil which will be applied by drip into the nostrils, prepared by a combination of ingredients from 28 different medicinal plants.


Vyoshadi Vatakam
Ayurvedic medicine used for the treatment of colds, flu and other respiratory disorders such as apnea, asthma, shortness of breath, etc. It is used in the treatment of rhinitis and acute or chronic asthma.

It is useful in anorexia. It improves and modulates the voice, relieving hoarseness.
It balances the kapha, expelling phlegm/sputum from the lungs and bronchi, soothes the cough, and it is effective even in infectious diseases such as tuberculosis.
It is digestive and carminative, therefore, it helps to prevent the production of gas in the digestive tract, eliminating the flatulelnce and colic.

Vyoshadi Vatakam is a great natural remedy. It does not harm the heart and the body as a whole, in contrast to the modern chemical drugs, which always cause adverse effects.

Side effects
This natural medicine has no adverse side effects.
Children and pregnant women should take this medication under medical supervision.
In high doses, it may worsen gastritis.

Anu Tailam
Anu Tailam is an oil from ayurvedic herbs specially formulated to combat environmental and seasonal nasal allergies. It soothes and moisturizes the dry, irritated nasal passages due to low humidity, pollutants, excesive use of nasal decongestants and other nasal irritations. It is mainly used in the ayurvedic treatment called Nasya. Nasya refers to nasal instillation of drops of oil. Extremely effective formulation to support the respiratory immune system.

Sinus are lined with a membrane called mucosa. When the sinus are healthy, they secrete a thin layer of mucus on the mucos, which drains into the nasal passages through the ostium. The mucosa acts as a filter to catch germs, dust, pollen and environmental contaminants inhaled, before they can reach the respiratory system. When sinuses are inflamed or irritated, the ostium is blocked, mucus accumulate in the sinuses and it becomes a breeding ground for viruses and bacteria.

Anu Tailam is a totally natural formula, made of ayurvedic herbs processed in sesame oil. It does not cause any effect of drowsiness or bounce, and it does not create dependence. The Ayurvedic medicine believes that the nose is the Gateway to the brain, so nasya together with Anu Tailam is also good for all types of brain disorders such as mental stress, migraine, memory loss, Parkinson depression and dementia. It keeps the three doshas (Vata, Pitta y Kapha) on balance, bringing harmony to the body.

Ingredients of Anu Tailam
10 ml prepared out of:

DOSAGE OF COMBINED TREATMENT DURING 14 DAYS

- Vyoshadi Vatakam. Take half tablespoon (about 4g) four times a day after meals. It can be dissolved in warm water, or you can take it directly from the spoon, chewing the granulate, and accompanied with a glass of water. A bottle will last about a week.

- Anu Tailam. Lie down relaxed with your head backwards, with the help of a cushion or pillow, and put a couple of drops in each nostril when you get up in the morning. Apply immediately a light massage for several minutes so that the product is distributed by all the affected zones. The massage will be given from the bottom towards up, first nostrils, then lateral sinuses (on both sides of the nose) and finally frontal sinuses (above the eyebrows).

After the massage, go to the bathroom and spit the oil and mucus, because you should not swallow it. Continue spitting until all the mucus has been elimined. Rinse your mouth with warm water and dry your nose with a tissue.

Warning: YOU SHOULD NOT BLOW YOUR NOSE IMMEDIATELY AFTER USING ANU TAILAM. After about 30 minutes, if still necessary, blow gently one nostril each time. Never both at the same time.
Anu Tailam is a strong product, do not apply any other medication or nasal wash during the days of the treatment, because it may burn mucous membranes.


In case of recurrence, the treatment of vyoshadi Vatakam and Anu Tailam used together could be repeated to three times a year. Although you must be cautious not to exceed, as it is an aggressive treatment which could irritate or dry the area in excess.

If it is a case of severe chronic disease, you can apply the treatment for 14 days, and subsequently, as maintenance, apply drops once a week.